Whitepaper, this word often appears on news sites about cryptocurrency, but you don’t understand what it refers to? In this guide, we’ll see what it means, and then we’ll look at some examples of famous whitepapers.

A whitepaper is a collection of factual information about a project. Historically used in politics to describe a strategy to be implemented, this term was later used in marketing. The role of a whitepaper in marketing is to convince people of the interest in a project. In the world of cryptocurrency, it is usually published by the initiator of a project between the time the project is announced and the launch of the ICO (the Cryptocurrency Fundraiser). It describes the general objective of the project and the means used to achieve its implementation. Some white papers go into great depth in the technical details. Others only explain the steps to be taken, without explaining how the team will go about it.

Writing a white paper has become a tradition for every cryptocurrency, a new crypto project is always accompanied by its whitepaper. And for good reason, the first and most famous cryptocurrency (Bitcoin) has been unveiled thanks to its whitepaper. The Bitcoin white paper was written by Satoshi Nakamoto. This 8-page book is available for free on bitcoin.org, the site created by Mr. Nakamoto. It begins by describing the value of a currency without a central authority, without a regulatory or supervisory body. He then explains how Bitcoin works, how to respond to the problems usually solved by an authority controlling the currency. He presents the operation of the Proof of Work consensus, as well as other algorithms used. In addition to this, it anticipates future problems and describes the rules to follow in case of conflicts. For example, if two blocks are created at the same time on two different nodes, then the first to generate a block will be the one selected by the network. 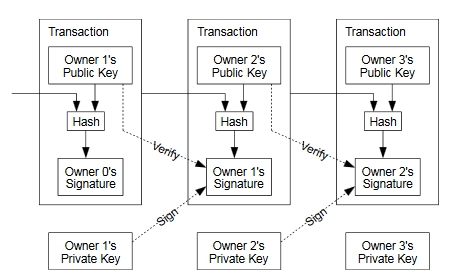 You can also read the Whitepaper of the Ethereum project. This one is less known, a bit longer, but it explains precisely how a unique Blockchain works for different cryptocurrencies.

The Dangers of Whitepapers

Be careful, whitepaper, although very common, is not a guarantee of quality. It describes the objective of the project, but it is not mandatory and it often looks like promises. Indeed, it is possible that during the progress of the project, some key points of the whitepaper may be abandoned. It is also possible that the project will be totally abandoned at the end of the ICO, without reimbursement, in which case we speak of an exit scam.

⚠ Beware, it can never be repeated enough, always do your own research before investing. You are never safe from a scam. Never invest more than you can afford to lose.

Previous Lesson
Back to Course
Next Lesson
Login
Accessing this course requires a login. Please enter your credentials below!
Lost Your Password?